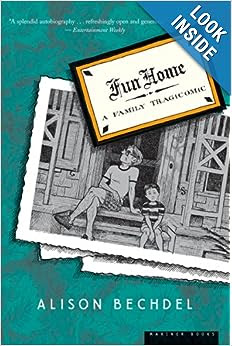 Last night South Carolina state representative Garry Smith cut $52,000 from the College of Charleston's budget as punishment for CofC presenting Alison Bechdel's Fun Home as this year's book for our College Reads program.  $52,000 is how much it costs to put on the program.

I've written all the details here, in my City Paper article (which I wrote incredibly quickly between two classes today so that it could be online the day after this hateful bill was passed).

But let me add a few additional things here:  Bechdel was uncontroversial during her talk on campus.  Do you know what she talked about?  The techniques she uses to do her incredible drawings.

And when Bechdel spoke, many students and alums who are LGBTQ came and listened to her.  They felt that the college was validating their identities.  They stayed after the event, and Bechdel stayed and talked with them.  Do you get what a big deal this is?  In a terribly homophobic state--and state where no elected officials know what trans* means--these students and alums were being told that they have human validity.  It matters to them.  It matters to me.

Finally, we should adore Bechdel if for no other reason than she invented the Bechdel test, which I use all the time. 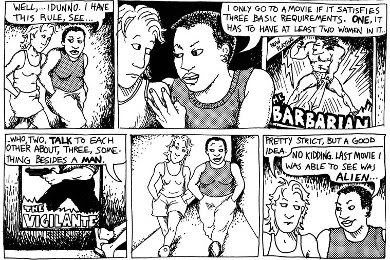 Last night a friend said, "We moved to South Carolina voluntarily.  But I'm beginning to question that decision."
Posted by Alison Piepmeier at 6:40 PM