We had an excellent Thanksgiving yesterday.  During the day things were slow-paced enough that I found myself wondering, "Have I forgotten something that I'm supposed to be doing?"

Here's the food I made:


At Thanksgiving dinner I was asked if I'd ever eaten anything and thought, "That's too sweet!"  The answer is no.  I don't think that's ever happened.  Really.  My dad suggested that I should walk into the gathering carrying a five-pound bag of sugar, eating it with a spoon, and announce, "This is my favorite Thanksgiving food!"

My mom made cranberry salad (delicious and NOT made entirely of sugar) and cherry salad (I didn't try this due to the dirty looks my dad sent my way when there were suggestions that anyone else might eat it). 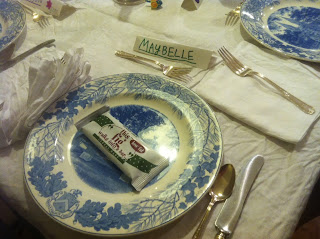 We had a feast with two families we love.  We learned about different food preferences (for instance, Claire doesn't like gravy--I don't know how that's humanly possible), different Thanksgiving staples in different regions of the country (Conseula is from Louisiana and they have corn macaque choux, which she brought), and how many years it will be before Thanksgiving and Hannukah happen at the same time again (there was dissent in various news sources--tens of thousands of years!)

We also got to sing happy birthday to a member of the party whose birthday was on Thanksgiving.  Quite the celebration!

I won't describe how our evening ended, with certain five-year-old losing control of her bowels on the couch.  Other than that, it was a perfect Thanksgiving!

Gobble tov!
Posted by Alison Piepmeier at 7:26 AM 2 comments:

Those of you who are new to my blogging need to be introduced to the post I write every year, an homage to Sarah Josepha Hale.  It's very important that you know who she is, so keep reading.

Sarah Josepha Hale should be on a t-shirt.  If she's already on a t-shirt, someone should get that for me for a present.  Of course she's got some problems--everybody does, and when you're a feminist scholar studying folks, those problems become apparent.  But she was an incredibly influential woman in the 19th century, and it's because of her that Thanksgiving is a national holiday.

For 25 years, she wrote letters to the Presidents.  She was like, "Listen, y'all, July 4 is a great holiday, but it's the only one we've got.  You know that it would help our national unity if we had one more, at a different time of year, that has symbolic connection to the founding of our country and all that."  She said, "You know that everybody loves turkey, and people need an excuse to eat a ridiculous amount of pie.  So come on."

Because she was the editor of Godey's Ladies Book, a magazine that was so famous that it makes famous things today look puny by comparison, people paid some attention to her.  And in 1863, Abraham Lincoln was like, "Dude, that SJH has a good idea.  This Civil War's got everybody down, and pumpkin consumption is on the decline.  The sweet potato lobby has been pushing for more support.  So what the hell:  let's make Thanksgiving a national holiday, on the fourth Thursday of November every year."

And here we are:  celebrating Thanksgiving, but most of us not offering the tiniest thought to the woman who made it happen, Sarah Josepha Hale.  Just about every year I draw people's attention to her, and yet I haven't generated the kind of viral attention that SJH needs.  So tell your dining companions about her.  She got us all a day off and a patriotic opportunity to eat pecan pie (and celebrate the eugenic efforts to rid the country of its indigenous population, but we'll put that aside for the moment).

PS:  She's also responsible for a universally-loved children's song--she wrote it--but that fact has been forgotten as well.  Any idea what it is?  Anybody?  "Mary Had a Little Lamb."
Posted by Alison Piepmeier at 9:14 AM 1 comment:

I'm at the American Studies Association conference, so of course it's time for some blogging.  George Estreich, Rachel Adams, and I presented this morning.  We talked about prenatal testing, how the testing is marketed and understood, how we make sense of disability, and how we make sense of parenthood more broadly.  Then we chatted for the next hour or so over coffee--and then George and I went for lunch and kept talking.

Now I smell like hamburgers.  And, perhaps more importantly, George and I have some plans for possible co-written projects.  George is full of ideas!  As we sat down, he was like, "Okay, here are some things I've been thinking about."  And 45 minutes plus three pages of note-taking later, I said, "Yes!  I'm in!  Let's do it!"

Later in the afternoon I got to meet up with my dissertation director, Cecelia Tichi.  When my undergraduates are heading off to graduate school, I always tell them how important--crucial--it is that they have a mentor.  Then I tell them the story of Alison and Cecelia.  I took a class with her, and very early in the semester, I decided that she was IT.  The person who was going to mentor me. So I showed up at her office hours and basically informed her of this:  "Your class is my top priority.  I want to learn from you.  Anything you tell me to do, I'll do."  And I meant it, and did it.  And lo and behold, she selected me as her research assistant, her teaching assistant, her administrative assistant--I got to work with her in so many ways, and she focused on my writing and research intensely, with a level of dedication and a kind of feedback that got me Where I Am Today.

Plus, she's a scholar who writes about many different things, and I seem to be that way, too.  But perhaps she doesn't spend as much time as I do writing about Borgs and foam sperm and underwear.

We had wine, so I'm a tiny bit effusive right now.  But everything I'm saying here is true.
Posted by Alison Piepmeier at 5:22 PM 4 comments:

I love that I have a thoughtful new essay over at one of my favorite feminist sites, The Feminist Wire, and anybody who clicks over here from there will learn my thoughts about eating a 3/4 pound muffin for a snack.

"That Alison Piepmeier, she is so insightful!"

I'm really honored to have been chosen as one of the people to be part of a disability studies forum happening over at The Feminist Wire.  My essay is called "My Place in This Conversation."  As always, I'd love any thoughts you all have!
Posted by Alison Piepmeier at 6:36 AM 2 comments: 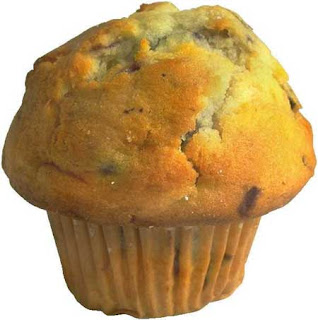 Victim blaming. It keeps happening, and it is UNACCEPTABLE!

Here's my latest column in the Charleston City Paper:  "Sexual Assaults Near CofC Highlight the Problem of Victim Blaming."

Dammit, people dealing with sexual assault--can you not please start training men not to rape?
Posted by Alison Piepmeier at 6:13 AM No comments:

A few weeks ago I wrote about the mysterious "haley" in Maybelle's life.  Her teachers at school had asked about the term.  I'd been hearing it around here on a regular basis.  Many of you--on the blog and on Facebook--had excellent suggestions for what she might be trying to say:  Holly?  Heavy?  Howdy?  Help me?  Hey, lady?

You were all thoughtful, generous, creative--and wrong, which I knew at the time, because she says all those words, and they're different than the word "Haley."

Here's what happened the other day:  she came downstairs first thing in the morning, and delightedly ran to the group of stuffed folks hanging out on the couch.  "Haley!" she pronounced.  "All the Haley!"  She's made similar statements since then.  "Haley upstairs," meaning that she and I need to carry the whole cohort up to her room.  "Haley here!" she cried this morning, because the dolls were on the floor rather than on the couch, and she was directing me to move them.  Or it.

I believe that Haley isn't the name of an individual doll.  Haley is the combined group of her favorite toys.  All the Haley.  They are one single entity, made up of individual parts.  You know, like the Borg*.


You see the similarities?  Just as the Borg say, "We are the Borg.  You will be assimilated," the Haley do the same thing (although without announcing it).  Initially it was just Lela and the girls, but now two monkeys, Dora characters, Super Grover, and even Llama Llama have been assimilated.  Other toys may well become part of the Haley.  Even I could become part of the Haley, required to sit on the couch in the morning, dance around on the floor, sing Maybelle's favorite songs, perform scenes from The Music Man and Dora episodes.


*It's worth noting that two different times I've connected my life to the Star Trek universe--in my non-blog writing I'm comparing reproductive decision-making to the Kobayashi Maru, and now my life is connected to the Borg.  I'm kind of disappointed that Star Trek rather than Star Wars is the world of representation I'm drawing on--but really, Star Trek has a lot more material.
Posted by Alison Piepmeier at 5:41 AM 2 comments:

Terror vs. aerobic exercise: one week on the new bike

Last week I thought about this as I biked to school with Maybelle on the big girl bike, since I was having such similar reactions.  Was I terrified, or was I just exhausted?  Over the week I considered some crucial differences:


So I do believe that, after one full week of riding the bike, I'm experiencing a new level of aerobic exercise in my day rather than experiencing terror.  A transition has happened.  Maybelle and I are both comfortable on the bike.  She's going to continue learning how to respond to the changes in direction and angles that are part of being a bike rider.

And I'm going to have bigger muscles.
Posted by Alison Piepmeier at 7:40 AM 7 comments:

In case you haven't yet seen it, the video of me at inGenius

On September 25, I gave a presentation as part of the College of Charleston's inGenius event.  I had great help getting ready for the talk, as I've discussed before, and here's the video of me so you can see for yourself how it went.


Posted by Alison Piepmeier at 5:30 PM No comments: