Alison and the Patriarchs


Last night was the second annual Yes! I'm a Feminist party, sponsored by the Women's and Gender Studies Community Advisory Board.  And wow, was it ever a party!  We had guys in suits.  We had probably 15 different ass-kicking lawyers, perhaps ready--if necessary--to kick the asses of guys in suits.  We had students, political figures from all varieties of political parties, activists, folks who stay home with their kids, men with incredibly impressive beards, WGS alums, school superintendents.

We had wonderful music.  We had the media!

This year's event was bigger than last year's.  The whole thing was a blast.  I talked to people for two solid hours (and then after the clean-up, I came home and slept, and remained exhausted all day today)! 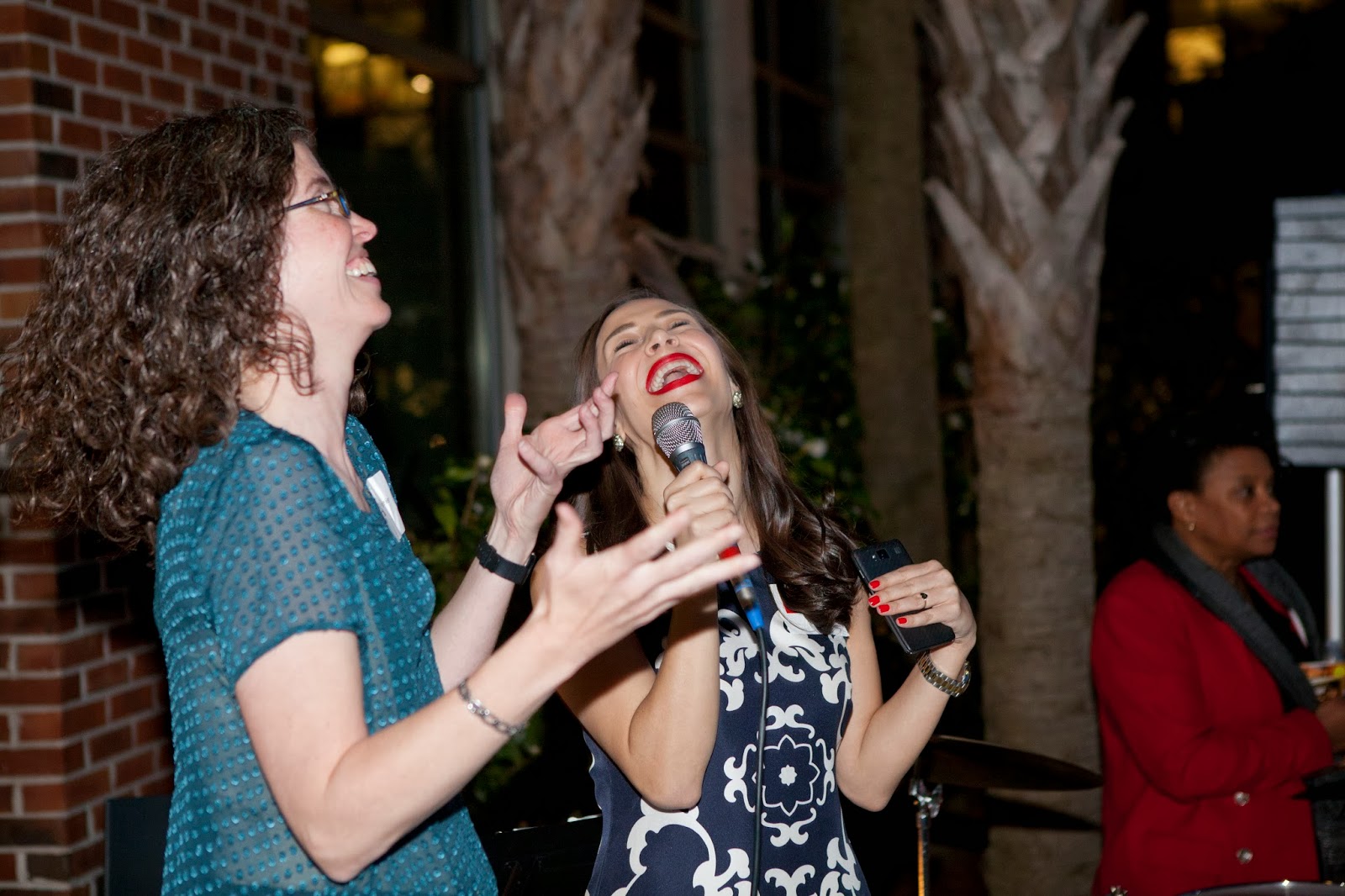 And this, of course, is my favorite picture of the night (I'm sorry, Margaret, if you don't agree!).  Margaret and I are making our "thank you so much for being here!" speech to the crowd.  I have no idea what one of us said, but it was hilarious.  You can see so much of who we are in this picture!  Those are classic Alison-in-action hands.  Margaret looks like rock star.

So, your job: what would this rock band be called?
Posted by Alison Piepmeier at 6:39 PM