Maybelle, Uncle Trey, Olivia, and I are in Tennessee!  I will have plenty of stories to tell from this trip, but let me start with the travel itself.  Uncle Trey, Maybelle, and I had about nine hours on the road on Thursday (in the world's largest SUV which my dad rented for us--that thing is so huge that I have to climb up into it).

For the first four hours of the trip, she did the following things: 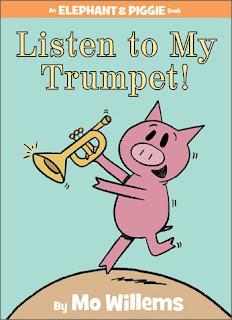 Then after lunch, I was in the back seat with her so that Olivia and Trey could be in the front seats.  Maybelle remained an excellent traveler, but for the last five hours this required a tiny bit more effort on my part.  We did some little things to entertain her, like playing the soundtrack to Mary Poppins.  And then I had to do things that were a bit more labor intensive.  For instance:
As these back seat activities were happening, adult conversation was going on up front.  Sometimes I wanted to be involved, but I'd have to make my comments in between the "right on!" and the next "gimme five!"

I never had to pull my computer out and play DVDs for Maybelle.  She never threw a fit.  She announced when she needed to potty, and we'd stop and I'd escort her into whatever bathroom we found.  Only one time was that a repulsive experience--we were in the middle of nowhere, and she said, pretty intensely, "Potty!  Pee in the potty!"  I encouraged her to hold it, that we would find something.  Hold it!  Hold it!  She did.  And what we found was a truck stop that was...icky.  She peed a lot, and then we scrubbed our hands and arms quite aggressively.

Trey wouldn't even come inside.  That's how unwelcoming the place was.  But when you're holding the hand of a four year old and looking desperately for the restroom sign, people are generally accommodating.

A long but successful road trip.  All day, Maybelle was saying things like, "First yogurt, then Nonni and Poppi's house."  And when we got to my parents' house, she was delighted.
Posted by Alison Piepmeier at 8:14 AM