Phil Nel sent along this article after I posted my latest City Paper article:  "Living with Cancer: Coming to Terms," by Susan Gubar.  Gubar is a professor, and for me she marks changes in my own academic process:


Now here she is again, someone whose writing is resonating with me because she's an academic, and she has ovarian cancer.  The article I read was about the rhetoric surrounding cancer.  She wrote things like

So I was delighted to encounter an essay by another friend who encourages linguistic exuberance with respect to this matter of self-definition. In an article composed nine years before her death from metastatic breast cancer, the witty queer theorist Eve Kosofsky Sedgwick recommended acronyms like BBP (Bald Barfing Person) and WAPHMO (Woman About to go Postal at H.M.O.). She then confided that she personally had alternated between PSHIFTY (Person Still Hanging In Fine Thank You) and QIBIFA (Quite Ill, But Inexplicably Fat Anyway) until she settled on “undead.”

None of those terms resonate with me, but I'm glad to read that she and a colleague/friend/person- whose-writing-knocked-my-socks-off-in-graduate-school were exploring how to say what you're experiencing.

And here's Maybelle--often a good way to end a blog post.  She and her Poppi are thrilled for the appropriate Cookeville experience:  they were buying butter twists at Ralph's. 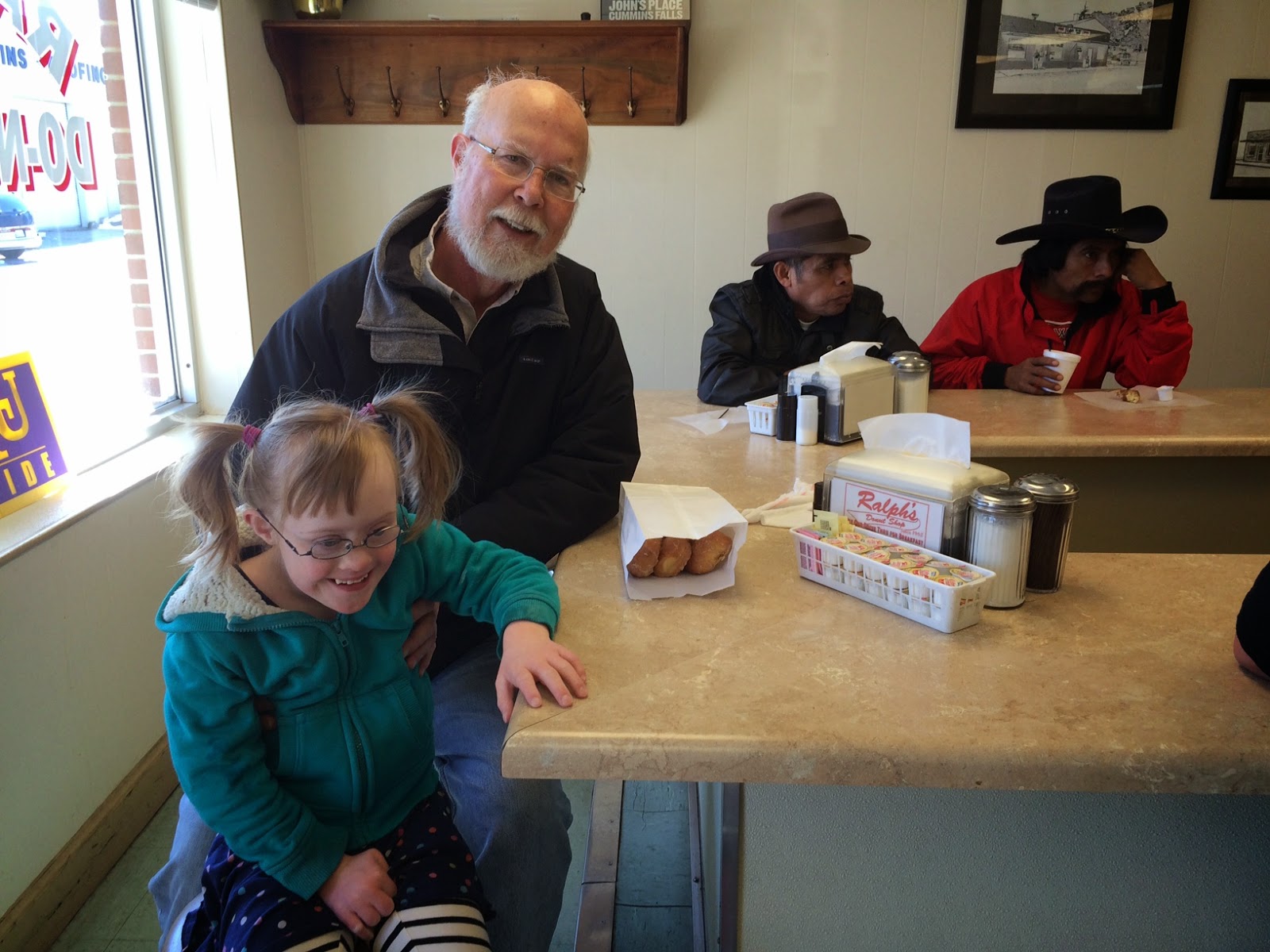 Posted by Alison Piepmeier at 6:16 AM